Visa Says You Can Buy Almost Anything, Except Crypto Currencies

The news this week is that several banks in the US and UK have banned the use of credit cards to purchase cryptocurrency (CC). The reasons mentioned are hard to believe – such as the attempt to reduce money laundering, gambling and protect private investors from excessive risks. Interestingly, banks will allow debit card purchases, which makes it clear that only their own risks are covered. 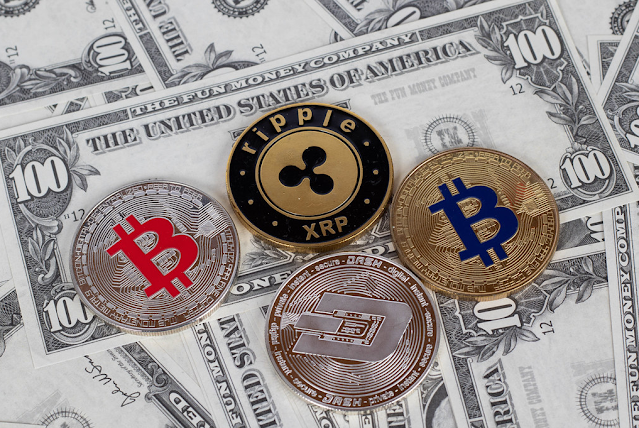 With a credit card you can gamble in casinos, buy guns, drugs, alcohol, pornography, anything you want, but some banks and credit card companies want to forbid you from using their facilities to buy cryptocurrencies? There has to be a credible reason, and it is NOT the reason given.

Banks fear how difficult it is to take CC ownership if a credit card holder doesn’t pay. It would be a lot harder than owning a house or a car again. The private key of the crypto wallet can be stored on a memory stick or a piece of paper and easily removed from the country, with or without its existence. Some crypto wallets can be high in values and credit card debt may never be paid back, resulting in bankruptcy declarations and significant losses for the bank. Wallets still contain cryptocurrencies, and their owners can later access private keys and use a local CC exchange in a foreign country to exchange and pocket the money. What a nasty scenario.

We certainly do not advocate this type of illegal behavior, but banks are aware of the possibility and some of them would like to close it. This can’t happen with a debit card as banks never run out of money – money goes straight to your account, and only if you have enough money to get started. We struggle to find honesty in banking stories about limiting gambling and risk taking. It is interesting that Canadian banks are not going along with this, perhaps realizing that the reasons given are wrong. As a result, investors and consumers are now realizing that credit card companies and banks have the ability to restrict purchases with their credit cards. This is not the way they advertise their cards and it may surprise most users who are used to choosing what to buy for themselves, especially from CC Exchanges and all of the other merchants who have merchant agreements with these banks completed. Exchanges didn’t do anything wrong – neither did you – but fear and greed in the banking industry made strange things happen. This further illustrates the extent to which the banking system feels threatened by cryptocurrencies.

At now there’s little cooperation, trust, or understanding between the planet of paper money and therefore the world of CC. The CC world does not have a central control body through which regulations can be applied holistically, and every country around the world has to think about what to do. China has decided to ban CC, Singapore and Japan accept it, and lots of other countries are still scratching their heads. What they have in common is that they want to levy taxes on CC investment profits. This is not too dissimilar to the early days of digital music, when the Internet made it easier to distribute and distribute unrestricted, unlicensed music. Eventually, digital music licensing systems were developed and accepted as listeners were allowed to pay less for their music than endless piracy, and the music industry (artists, producers, record labels) was okay with licensing fees that made more sense than nothing. Can there be a compromise within the way forward for fiat and digital currencies? With people around the world tired of the outrageous benefits of banking and the influence of banks on their lives, there is hope that consumers will be respected and not burdened with high fees and unjustified restrictions forever.

Cryptocurrency and blockchain technology are increasing the pressure worldwide to make sensible compromises – this is a game changer.