In the first issue of CRYPTO TREND we presented Crypto Currency (CC) and answered some questions about this new market area. There are many NEWS in this market every day. Here are some highlights to give us an idea of ​​how new and exciting this market is: 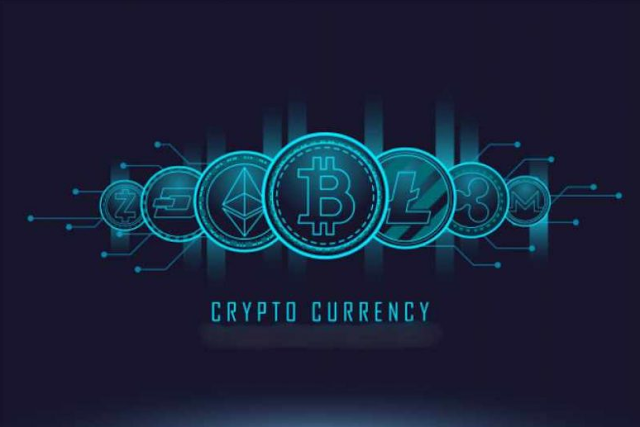 Terry Duffy, President of the Chicago Mercantile Exchange (CME) said, “I think sometime in the second week of December you will see our [Bitcoin Futures] contracts quoted. go. You can buy it or sell it to someone else. So you’re creating a two-sided market, I think it’s always a lot more efficient. “

CME intends to launch Bitcoin futures by the end of the year while regulatory review is pending. If successful, it will offer investors a practicable option to go “long” or “short” in Bitcoin. Some Exchange Traded Funds sellers have also applied for Bitcoin ETFs that map the future of Bitcoin.

This development has the potential to enable people to invest in the cryptocurrency space without directly owning CC or using CC exchange services. Bitcoin futures can make digital assets more useful by allowing users and intermediaries to hedge their currency exposure. This could increase the acceptance of cryptocurrencies by merchants who want to accept Bitcoin payments but are mindful of their volatile value. Institutional investors are also used to regulated futures trading that is not disturbed by money laundering concerns.

The CME move also shows that Bitcoin has grown too big to ignore as the exchange appears to have put the future of crypto aside. Bitcoin is on everyone’s lips among brokers and trading companies who have suffered from rising but unusually calm markets. When futures take off on one exchange, it will be almost impossible for other exchanges like the CME to catch up as size and liquidity are important in the futures market.

“You can’t ignore the fact that this is becoming more and more of a story that won’t go away,” Duffy said in an interview with CNBC. There are “mainstream companies” that want access to Bitcoin, and there is a “huge backlog” of customers, he said. Duffy also believes that introducing institutional traders to the market could reduce Bitcoin’s volatility.

The village of Nishiawakura in Japan is researching the idea of ​​holding an Initial Coin Offering (ICO) to raise funds to revitalize the city. This is a very new approach and they may be looking for national government support or private investment. Some ICOs have serious problems and many investors are skeptical about whether new tokens will have any value, especially if the ICO turns out to be a prank or a scam. Bitcoin is definitely not a joke.

We didn’t mention ICOs in the first edition of Crypto Trend, so let’s mention them now. Unlike an initial public offering (IPO), where a company has an actual product or service for sale and wants you to buy shares in their company, an ICO can be held by anyone aiming at a new blockchain project want to start a new token in their chain. ICOs are not regulated and some are completely fake. However, legitimate ICOs can raise a lot of money to fund new blockchain projects and networks. Usually, ICOs generate high token prices at the beginning and then return to reality shortly afterwards. Since ICOs are relatively easy to hold if you know the technology and have a little cash, there are plenty out there, and today we have around 800 tokens in play. All of these tokens have names, they are all cryptocurrencies and with the exception of very well-known tokens such as Bitcoin, Ethereum and Litecoin, they are called Alt-Coins. Currently, Crypto Trend does not recommend participating in ICOs as the risks are very high.

As we said in Issue 1, this market is currently the “Wild West” and we advise caution. Some investors and early adopters have made huge profits in this area of ​​the market; However, there are many who have lost a lot or everything. The government is considering regulation because they want to know about every transaction in order to tax them all. They all had high debts and were short of funds.

So far, the cryptocurrency market has avoided many of the financial problems and pitfalls of conventional banks and governments, and blockchain technology has the potential to solve many more problems.

The point of Bitcoin is that its creators have selected a limited number of coins that can be generated – 21 million – thus ensuring that this crypto-coin can never be inflated. Governments can print as much money (fiat currency) as they want and inflate their currency to death.

Future articles will cover specific recommendations, but make no mistake, initial investments in this sector are only set for your most speculative capital, money you can afford to lose.

CRYPTO TREND will be your guide when you are ready to invest in this market.